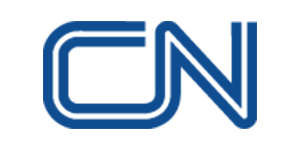 Chip Ngai was incorporated in Malaysia on 5 December 1970 under the Companies Act, 1965 as a private limited company and is primarily involved in the production of pressure vessels, storage tanks, dish end, road tanker, pipes and steel structures for the oil and gas industry. Chip Ngai also undertakes projects involving onshore engineering and construction, and other civil and structural works. See Products and Services.

Chip Ngai’s business started out as a sole proprietorship during the 1940’s operating as an engineering workshop. Today, Chip Ngai’s business expanded to encompass a notable multifaceted service in the design, manufacture and construction of equipment and plants in the oil, gas and petrochemical industries.

Its factory in Balakong boasts a fabrication yard of 12 acres with 15,000 sq. meters covered workshop facilities and a modern five-storey and annex single storey building.

It is one of the most established and fully equipped engineering organization with the most up to date computerized manufacturing / fabrication facility.

The organization is staffed by a team of fully qualified and professional engineers some of whom with over thirty years of experience in their own field of expertise.

Chip Ngai's dedication to uncompromising quality standards, technical excellence and superior workmanship has earned itself as one of the most reputable and professionally engineering company in Malaysia.

In 2009, CN upgraded its ISO certificate and now it is accredited with ISO9001:2008 QMS standard. The Underwriters Laboratories Inc of the United States of America (UL) have certified our Steel and Steel/Fibreglass Underground Storage Tanks to the following Standards: